Stocks and bonds both rallied during July after selling off during the second half of June due to recession fears. Riskier asset classes, such as small cap stocks and high-yield corporate bonds, outperformed as investor sentiment turned slightly more positive. Why the change in attitude? Multiple catalysts could be causing the turnaround, one of which includes investor sentiment being too negative entering July. Second quarter 2022 earnings season kicked off during the month, and early results suggest Wall Street’s expectations were too low. While the rate of earnings growth is slowing, the overall tone appears to be less bad than feared with commentary from company management teams more optimistic than expected.

One interesting narrative starting to show up in headlines – weak economic growth could cause the Federal Reserve to stop raising interest rates sooner, which could boost investor sentiment and relieve pressure on stocks and bonds. Data indicates the U.S. economy shrank during the second quarter, which would mark the second consecutive quarter of negative GDP growth. Two consecutive quarters of negative GDP growth is the technical definition of a recession, and now there’s a debate about whether the U.S. is already in a recession. As discussed below, the prospect of a shorter interest rate hike cycle will be hotly debated over the coming months.

Congress has given the Federal Reserve a dual mandate to pursue price stability and maximum employment.  What does this mean? The Fed defines price stability as ~2% annual inflation, but maximum employment is more difficult to define because many factors affect the structure and dynamics of the labor market. The Fed’s own definition acknowledges this: “The maximum level of employment is a broad-based and inclusive goal that is not directly measurable and changes over time …”

Where is the Fed’s attention focused currently? Price stability. The Consumer Price Index accelerated +9.1% year-over-year during June, which was the fastest pace since

1981. In contrast, the unemployment rate held steady at 3.6% during June. The Fed’s interest rate increases are intended to promote price stability, but they come with an embedded risk. Higher interest rates relieve inflation pressures by reducing demand for goods and services, which could slow economic growth. The risk is interest rate increases slow the economy and increase unemployment, pressuring the Fed to focus more on its maximum employment mandate and less on inflation and price stability.

The stage is set for a debate. Is price stability or maximum employment more important? The Fed previously stated it’s willing to accept higher unemployment and slower economic growth to bring inflation under control, but the question is how much. A lower tolerance for unemployment could cause the Fed to slow or stop its interest rate hikes sooner, while a higher tolerance for unemployment could give the Fed cover to continue raising interest rates higher and longer. The answer has major implications for both Federal Reserve policy and asset class returns. 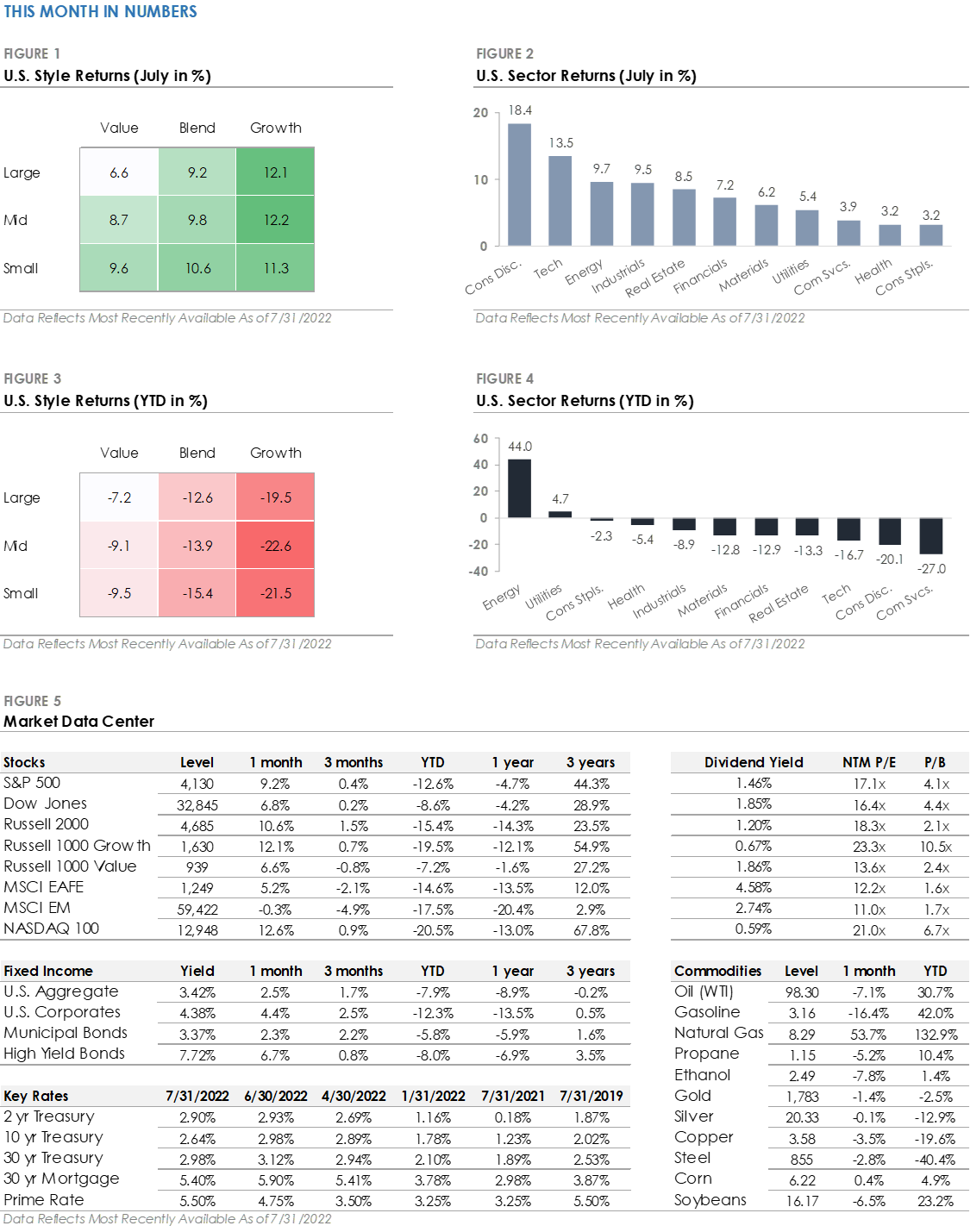